Heather C. Killie, MD is a fellowship-trained, Board-Certified general adult and pediatric orthopedic surgeon who specializes in sports medicine. Additionally, she offers many alternative non-surgical treatments for orthopedic conditions. Dr Killie frequently performs shoulder and knee arthroscopy for a variety of conditions. Dr. Killie graduated from Trinity College in Hartford, CT with a BS in Biology. She then went on to graduate from the University of Massachusetts Medical School in Worcester, Massachusetts in 2001. She completed her internship and residency as an orthopedic surgeon at UMass Medical Center in Worcester, Massachusetts. From there, she did her fellowship training in Sports Medicine at the Union Memorial Hospital in Baltimore, Maryland. There she worked with several collegiate and professional sports teams including the Baltimore Ravens. Dr. Killie, MD has served as the team physician for Nashua South High School since 2008. She is also the consulting physician for several local high schools and youth sports teams.
Daniel P. Bouvier - MD Dr. Bouvier is Board-Certified by the American Board of Orthopedic Surgery. He earned a B.S. in Biology and Chemistry at Colby College in Waterville, ME then attended medical school at the University of Vermont. Dan completed his residency in Orthopedic Surgery at St. Lukes-Roosevelt Hospital/Columbia University in NYC, Memorial Sloan Kettering, and the Alfred I. Dupont Hospital for Children. After completion of his residency, he completed a one-year Sports Medicine/Arthroscopy Fellowship at the New England Baptist Hospital and the Boston Celtics.

Dr. Bouvier’s primary clinical interests include sports medicine and the treatment of sports-related injuries. He emphasizes performing minimally invasive surgery on shoulders (including arthritis) and knees and is especially interested in ACL prevention, surgery and return to play. He currently serves as the team physician for Bishop Guertin High School in Nashua, NH. 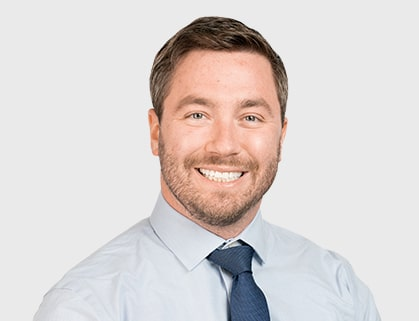 Dr. Dressler is Board-Certified in both Anesthesiology and Pain Medicine by the American Board of Anesthesiology. He earned his undergraduate degree from the University of Connecticut where he graduated as an honor scholar. He obtained his medical doctorate from New York Medical College. Dr. Dressler completed the Executive Physician Leadership Program through Northwestern University’s Kellogg School of Management and the American Society of Anesthesiologists.

She worked as an Area Sports Medicine Coordinator for Eastern Rehabilitation Network in CT before moving to Nashua, NH in 2000. She has since provided sports medicine coverage to local programs including Pembroke Academy, Chelmsford High School, Nashua North and South High Schools, Bishop Guertin High School, and Rivier University. She was the Head Athletic Trainer for the Boston Militia women’s full tackle football team in Somerville, MA for 3 years where they won 2 super bowls during her time with them. Monique also served as the co-head Athletic Trainer at Daniel Webster College in Nashua for nearly 8 years before they closed. She volunteered for the Greater Nashua Boys and Girls Club wrestling program for 8 years as both coordinator and coach.

She is a NH licensed Athletic Trainer by the NH Board of Allied Health as well as a BLS Healthcare Provider. Monique has received two Distinguished Service Awards during her career which are a direct reflection of her commitment to personal and professional excellence.

Cassandra is a 2021 graduate of Rivier University where she received a B.S in Biology. Her course work was focused on human health and diseases. For her senior research project, she studied the effects that plants and green environments have on mental health, particularly in college students, through measurements of salivary cortisol. While at Rivier Cassandra was also involved with Model UN.

Cassandra started with OrthoLazer part-time in the Chelmsford office last Spring and joined the Nashua OrthoLazer team in December 2021 as a full-time laser technician.

Cassandra loves listening to true crime podcasts; her favorites are crime junkies and morbid. She also likes to travel, read and spend time with her family and friends. Cassandra is a proud cat mom to Peaches and Teddy. Her smile is inviting and you are guaranteed to feel better simply by engaging with her!

Madelaine is a recent graduate of Springfield College where she earned a Bachelors in Communication Science Disorders.  She is currently pursuing her master’s in Speech & Language Pathology from UNH. She is an avid reader, and loves the beach and spending time with friends and family. She also has a passion for music. She is a ray of shine for our laser patients.

Amy is a 1999 graduate of Mitchell College in New London, CT where she earned a Liberal Arts degree. She worked in CT as an LNA until 2006 when she moved to NH and became employed by NH Orthopaedic Center for the last 16 years. She is their Team Lead and
Physician/Surgical Coordinator.

Amy is also a Certified Surgical Technologist. She has worked in the OR at St. Joseph’s Hospital and with the Nashua Ambulatory Surgical Center (NASC).

Amy joined the staff of OrthoLazer Nashua in October 2021 as a Certified OrthoLazer Technician.
She is married and a proud mom to a 17 y/o daughter and fur baby German Shepard, Bella.

Apply on Indeed or send resume to [email protected]

🎉 wishing you all happiness and good health in the coming year. ... See MoreSee Less

Merry Christmas from all of us at OrthoLazer Nashua to all of you. 🎄 ... See MoreSee Less 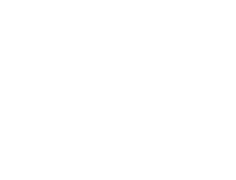 Each OrthoLazer franchise is independently owned and operated.